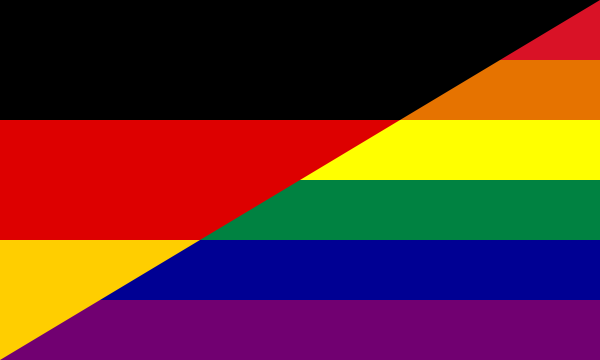 Angela Merkel says one lesbian couple changed her mind on same-sex marriagePosted in News340 user and 34 guests have thanked.View Comments Earlier this week, German Chancellor Angela Merkel unexpectedly opened the floodgates to same-sex marriage.Her muted declaration at an event with women’s magazine Brigitte that she favoured a free vote on the issue was a tremendous departure from her old position that equal marriage risked “the well-being of children.”She had previously refused to bend to the popular tide, saying: “For me, marriage is a man and a woman living together.”This was despite an overwhelming majority of Germans voicing their support for same-sex marriage earlier this year.Potential coalition partners had also moved to make equal marriage a condition of helping to keep Merkel’s right-wing Christian Democrats in power after September’s federal election.

One by one, the Greens, the Left Party, and – most significantly – the centre-left junior partner in Merkel’s grand coalition, the Social Democratic Party, have made their positions clear.The political and popular pressure was pushing down on Merkel to abandon a conservative pillar of German society and follow in the steps of other progressive western countries.But she had never relented before – so why now? Why is it suddenly possible that same-sex couples could be able to marry by the end of the week?

Turns out, it was as simple as meeting some actual same-sex parents, and just talking to them.Speaking at the event with Brigitte, she recalled: “I had a life-changing experience in my home constituency,” according to the LA Times.

She told the audience that she had been invited to dinner with a lesbian couple who were looking after eight foster children.The Chancellor saw that the children were well cared for, and realised that her beliefs, and those of her party, were unfounded.“If the youth welfare service entrusts a lesbian couple with eight foster children, then the state could no longer use child welfare as an argument against adoptions,” Merkel said.Of course, this may just be a story for the Chancellor to use in order to sidestep the alternative: that widespread pressure has made it politically impossible for her to resist any longer.Thomas Jaeger, a political scientist at Cologne University, said as much to the LA Times.

“Merkel switched her position now to prevent the [political opposition] from attacking her on it in the campaign.”But the move follows decisions to open the country’s borders to those fleeing the gay purge in Chechnya and annul the convictions of 50,000 men sentenced for homosexuality under a Nazi-era law.