‘Atomic Blonde’ is the queer thriller we’ve been waiting for, and of course there’s a meme for that https://t.co/bnV4L5NBjI @atomic blonde

Remember how BOUND became the Iconic Lesbian movie of the 20th century? Then David Lynch’s Masterpiece Muholland Drive was voted the best film of the 20th century! Okay NO Tip Toeing around for me.  For all in intents and purposes, our stunningly Beautiful Ms. Theron plays her character as a Lipstick butch, For REALS Yo!

Girlfriend is NOT Fucking around in this movie and her relationship with her costar Sophia Boutella was NOT gratuitous.  It was hot sure and a lesbian hook-up also wasn’t in the original story, but Theron said it best when she said that if her character was to show any vulnerability, then she wanted it to be with another woman and not with a man.  Well bitches, that sentiment IS ALL RIGHT WITH ME.

This begs the question: Does Lorraine Broughton sleep with men just as a means to an end, as a spy only to extract intel? Does she save all the ’emotional’ stuff for whatever woman strikes her fancy?

Well, I doubt that will be an ongoing thing when I consider the fact that the populace isn’t creaming all over themselves like the did for the movie Wonder Woman.

But back to the question of whether Lorraine Broughton sleeps wit men just as a means to an end, as a spy only to extract intel, that seems to be pretty much on target with the stereotype of bisexuals. As a supporter of Human Rights, of course Theron has a clue, about the inner workings in the: LGBTQ-Blahdy-blah-blah-blah WAZ-UP community.

Perusing the internet I came across an article that (I assume was an indirect retort to one of my complaints about lesbian websites and the lack of support they have shown for the movie.) And that’s because unlike what heterosexual Tina Fey asserts, B!tches Don’t Get Sh!t done.

Girl, that CHILDREN OF MEN level long take. Oh my God! And that soundtrack tho!!!!!! Theron is a bad ass, but I knew that already.

Hey YOU Guys. to whoever wrote that the movie Atomic Blonde was just another interpretation of straight Hollywood’s idea of hot white lesbians/bi women. Meanwhile, why not put real queer actors on screen?

I agree, find a queer woman who looks as hot as Theron [They do exist, so find them already!] and acts as well as she does, in addition to putting in the training that Theron put in for the movie (All of which is well documented on YouTube and other sources on the web) and I’ll go see that movie as well.

Atomic Blonde was Produced by Charlize Theron, therefore  she is the straight Hollywood whose idea it was, it\s her product: DENVER and delilah productions (Named after her dogs).  The Movie was backed by Universal Studios and Focus Films did the distribution.

Hollywood isn’t some nebulous entity floating over Los Angeles and dropping movies like balls of excrement into theaters, Yo.  People create what we see on screen and if we want more of a particular product, we either make it ourselves like Theron did with Atomic Blonde or we can shut the fuck up, Yo!

East/West Berlin was overwhelmingly white in the 70’s and  80’s  and it still is, so again I’m not defending white people too much, but who else should appear in the movie if not white people?

Even though there were people of color living in both East and West Berlin at that time, I am sure they  kept a low profile because back then being of color and living in Berlin was like existing in a fish-bowl with all eyes on you. Besides Sofia Boutella is Algerian, close enough. 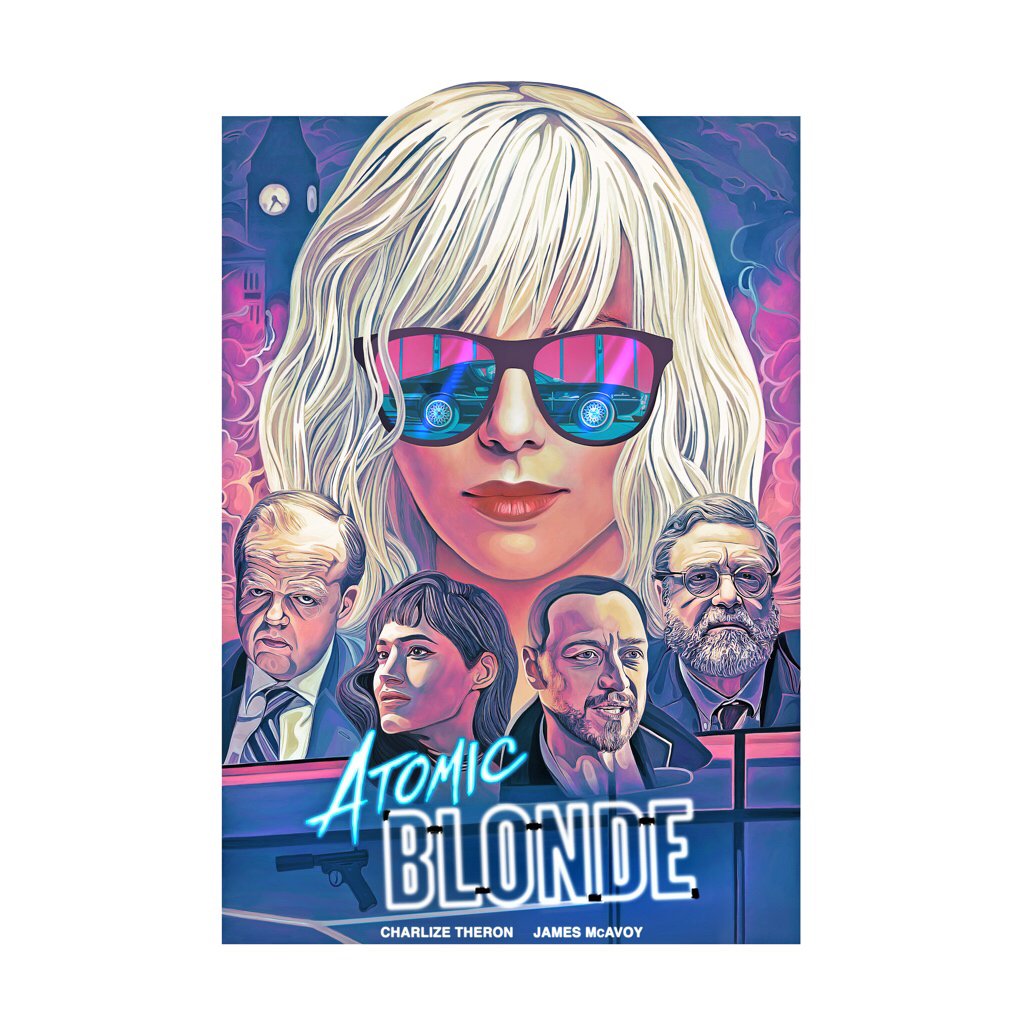 Aren’t most movies an interpretation of what Hollywood thinks? And as par for the course we will get a black Atomic Blonde (Taraji P. Henson) whose movie will probably lack the lesbian sex/relationship  scenes in order to satisfy the Homophobic element in the African American community.

I can handle the Whiteness of Atomic Blonde, what I can’t handle are movies that occur in areas that historically are dominated by people of color (e.g. Gods of Egypt directed by Ridley Scott) yet the main characters are White. GTFOH!