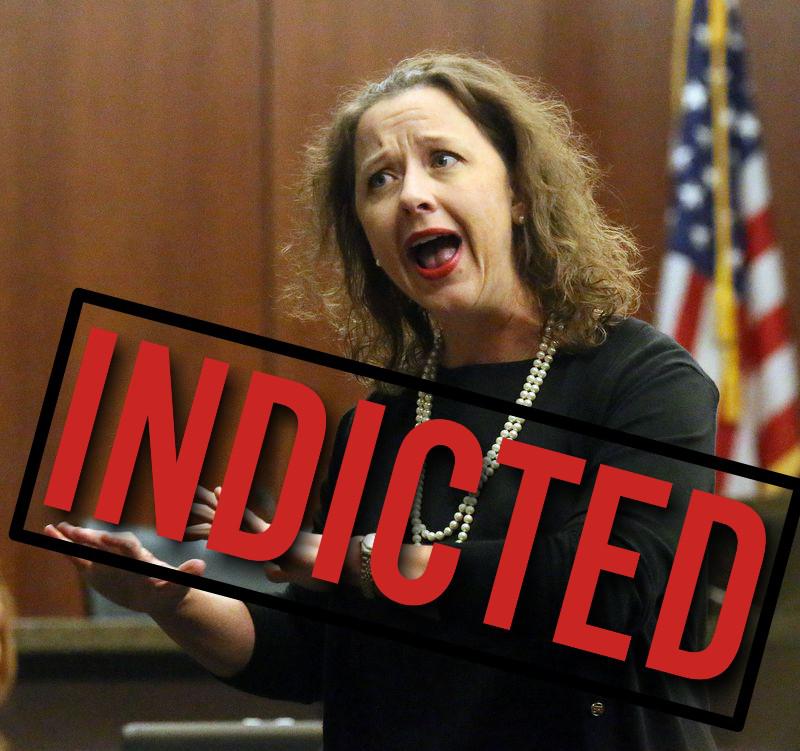 Just when you thought that it was over, the Arc of Justice appears once again.

BRUNSWICK, Ga. – Jackie Johnson, who was district attorney for the Brunswick Judicial Circuit for 10 years, turned herself in at the Glynn County Sheriff’s Office early Wednesday morning.

Bond was set at $10,000, but she was released on her own recognizance, meaning she did not have to pay a cash bond.

Johnson, 49, who was strongly criticized over the way she handled the Ahmaud Arbery case, was indicted last week by a Glynn County grand jury on charges of violation of oath of public officer and obstruction of a police officer. The charges are related to the investigation surrounding the deadly shooting of Arbery.

Specifically, the indictment (in full at end of the article) accuses Johnson in February 2020 of violating her oath as district attorney “by showing favor and affection to Greg McMichael during the investigation.” Greg McMichael had once worked as an investigator in Johnson’s office.

Johnson also failed “to treat Ahmaud Arbery and his family fairly and with dignity,” the indictment states. It alleges that after Arbery’s death, Johnson sought the assistance of Waycross Judicial Circuit District Attorney George Barnhill and, after disqualifying her for office, recommended Barnhill to the Attorney General’s Office for appointment as the case prosecutor without disclosing that she had previously sought Barnhill’s assistance on the case.

“What I think is important about the case is accountability. I think the attorney general in Georgia felt that it was very important, as do many people in the community, that she be held accountable. Whether she be convicted or not, that’s a separate question,” said Brunswick criminal defense lawyer Page Pate, who is not affiliated with the case. “These charges are not clear cut. It’s kind of a stretch to say simply because of the way she handled the situation, she committed a felony offense. That’s going to be an uphill climb for the attorney general, but regardless of the outcome, bringing the indictment here in Glynn County sends a strong message about accountability.”

Pate said “these criminal charges against her relate directly to what she did in the Arbery case and do not seem to impact any other case she had while she was a district attorney,” but if there’s evidence that Johnson showed favoritism or improperly influenced the actions of police, attorneys could seek to reopen those cases upon request.

New4Jax has reached out to the attorney general’s office to find out when Johnson will be in court next.

“Generally, in any state case in Georgia, after the arrest occurs, there’s a period of time before the person is called back into court to enter a formal plea,” Pate said. He said then motions could be filed, potentially hearings and then a trial if the case is not resolved.

New4Jax called John Ossick, the attorney based in Kingsland who is representing Johnson, but was unable to get through to him.

If convicted, the violation of oath of a public officer is a felony charge that carries a sentence of one to five years. The obstruction and hindering a law enforcement officer charge is a misdemeanor that carries up to 12 months.

The McMichaels and Bryan weren’t charged in the killing until more than two months later, after the video was leaked online and the GBI took over the case.

Fucking white people and the inherent evil that lies within them, and BEFORE you indict me because I am half white, I don’t get to play the white privilege card because I am not ‘white-passing.’ At best I a only ‘Light/skin-passing.’

So, as I previously wrote this is a prime example of white privilege, and it is done (As it usually is) on a Macro level as part of the “Super-structure” that is Society. Allow me to break it down.  In graduate school I proudly identified as a Marxist, this was extremely antithetical because I was attending a very conservative graduate school.

However, since I had studied Sociology as an undergraduate, Marxism helped me to better understand the plight of the disenfranchised in the United States.

One of the theories that I am most intrigued by is the super-structure.  in which,  society consists of two parts: The Base and the Superstructure.

The base refers to the mode of production which includes the forces and relations of production into which people enter to produce the necessities and amenities of life, and a Superstructure, which refers to society’s other relationships and ideas not directly relating to production including its culture, institutions, political power structures, roles, rituals, and state. The relation of the two parts is not strictly unidirectional, meaning that there is often an interchange or bi-directional movement.

Law is one component of the superstructure, Politics another, as are education, culture etc.  Things that are not related to production.

It is here that we see the interplay the various legal entities that colluded and conspired to hide the fact about the murder of Ahmaud Arbery.

If the political machine that is the Georgia power structure is rife with the bias and corruption displayed then its clear that the changes made to the voting suspect at a minimum, and intended to disenfranchise individuals of color. See, everything is interrelated.

So, the next time a topic arises and a connection is made to race, yet someone asks why does everything always have to be about race?  You can tell them, because it does. 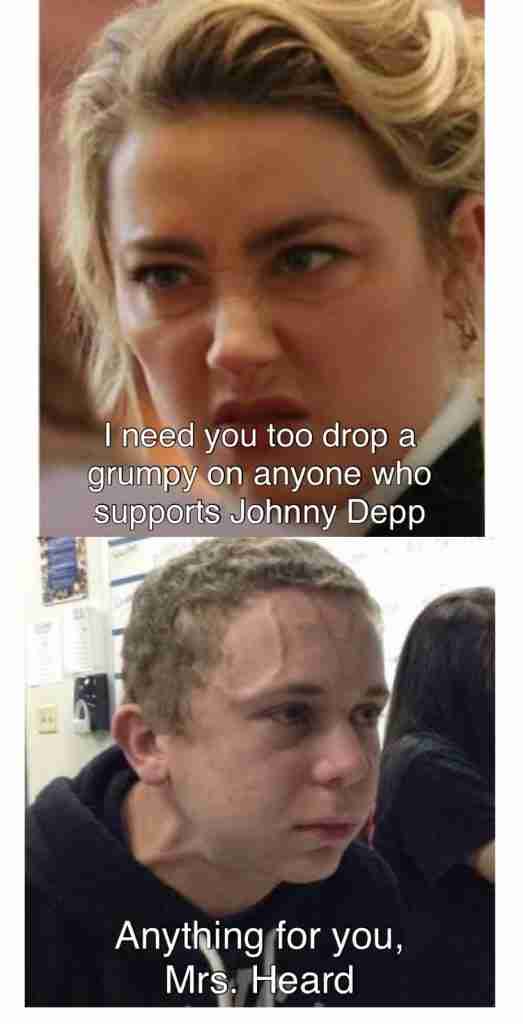 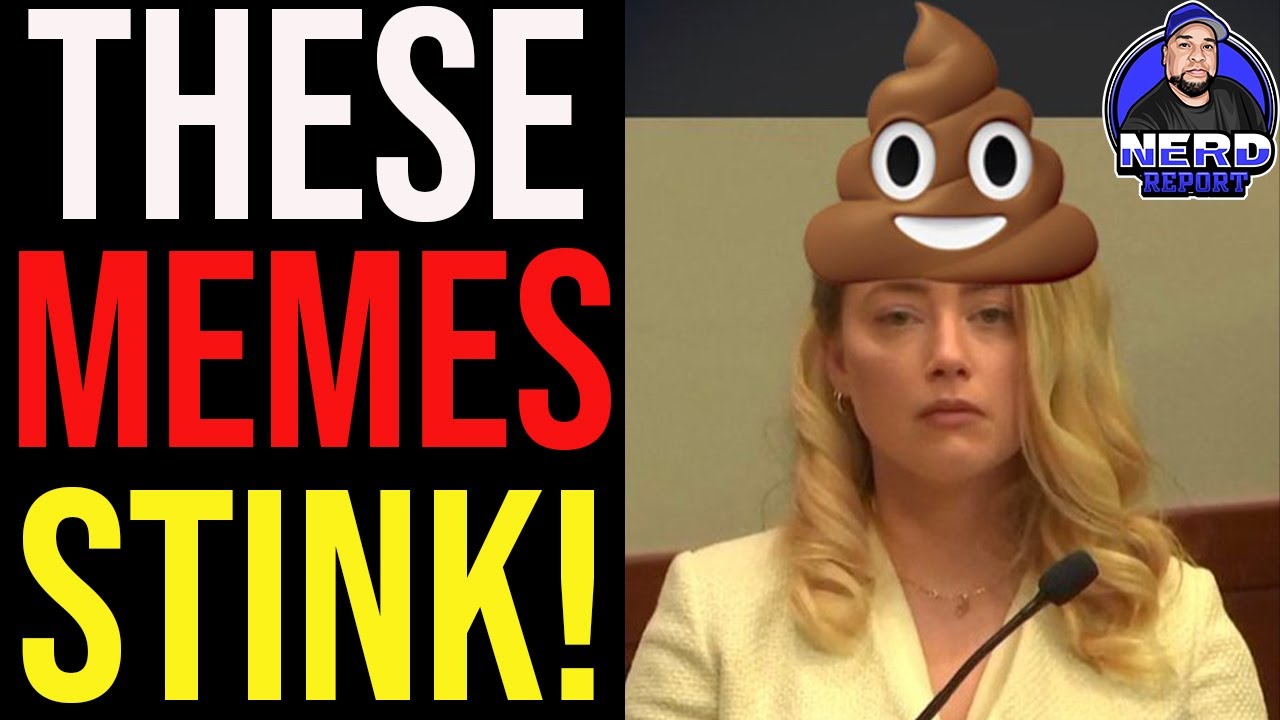